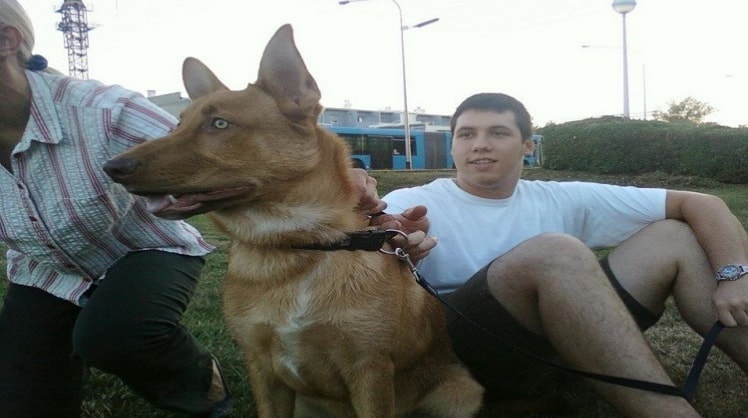 I am a very cheerful and hard working person, who loves animals and find them fascinating. I have a history of owning 3 dogs until now, in the pictures I showed two of them. One is a large breed, a mix between a husky and a german shepherd, and the other one is a small dog (9 kg) whose breed is unknown, I found him in a plastic bag with three puppies but they were dead unfortunetly, so I rescued this little guy and gave him a loving home. The first dog was my parents and they had him when I was born, so I did not train him.

As you would assume the german shepard / husky one was absorbing the training tricks like a sponge so I learned him about 60 tricks, even the complicated ones like "Bring me a beer" and he would actually take a bottle of milk, sometimes it was beer sometimes it was tomato sause. The small one is far more hyperactive and easy going so he only knows basic tricks like, sit, lie down, bark, play dead and so on.

Anyway, to make a long story short I am available for animal care, help with training, walking dogs primarily. I am up for any job concerning your pets, hope I can have some fun time with them.

Doggy Day Care
Daytime care for your dog at the sitter's home.
5 EUR for each additional pet
25 EUR
/day

Pick up / drop off

Matej did great with my cats! I would recommend him to anyone.

Matej is great with Stella. She is very fond of him and we trust him to take good care of her in our absence.

He is always prompt with his communication, punctual and conscientious. As his profile says, he has demonstrable experience with dogs.

We are very happy with him and would recommend him to anyone looking for help with their furry baby.

An appartment
A small outdoor area
Has no kids
Emergency Transport

Dog training (no certification tho, I just passed dog training sessions with both my dogs).